There’s been uncertainty about the property market since early this year. Investors and home owners alike have taken the wait-and-see approach. This, in part, was due to the then impending GST that was scheduled to be implemented on the 1st April 2015.

In my opinion, after years of research and experience, I would advise a cautiously optimistic outlook for the properties in Penang.

Increase in foreign and domestic investment into the State of Penang

Penang’s total approved capital investment for the year of 2014 totalled a whopping RM8.6 billion, as compared to RM3.91 for the year of 2013 (as reported by MIDA; see chart below). Some of the big names that is investing or re-investing into the states are BBraun, Hewlet Packard, Haemonitics, Seagate and Toshiba Medical Systems, to name a few. These are big names in the E&E and health care sectors; and healthcare sectors, as we are all aware, is recession proof.

Promoted industries in the state of Penang

In the year 2012, Penang State experienced a housing boom when there was a significant increase in the investment into the state. Expecting the same effect in the coming years, big name developer is positioning themselves for this increase in demand and is increasing their land banking in the state. In Dec 2013, one major developer, through its subsidiary, had successfully bid for a parcel of development land measuring approximately 24.458 acres on the island. The purchased price is analysed to be at approximately RM251 psf. Other major developer are also jumping into bandwagon and buying land in Jawi and Batu Kawan.

Another well known developer have acquired 40+ acres of land in Bayan Baru with the plans to develop it into a “multi-billion integrated development” which is in tandem with the state government’s vision to turn Penang into an international city. And this plan was announced early in Jan 2015.

In addition, Penang is repositioning it’s economy, moving away from labour intensive industries to that of high end services industries such as Shared Services and outsourcing (SSO). This would mean creation of high income job opportunities for the people of Penang.

In promoting the SSO industries, the Penang state government announced in September 2013, plans to set aside approximately 17 acres of land in Bayan Baru and Bayan Lepas for its next BPO hub. Office buildings will be available within three to five years. Thus, Penang’s strong reputation and architecture will undoubtedly attract more foreign investors to set up their SSO centres here.

One German company have already established their outsourcing centre here in Penang. They have have taken up one whole level of office space in heart of Georgetown and have created many high paying jobs that have attracted job seekers from local and afar.

To give you an idea how big the SSO industry is, Penang recently organised the 3rd Shared Services Outsoucing Conference.

The manufacturing and services sectors accounted for approximately 40% of total employment in Penang between 2001 and 2011 and will likely remain the biggest employers over the next few years. In 2013 it was projected that a total of 3,500 jobs will be created from the approved capital investment projects. More jobs are expected as FDI flows to Penang improve over the coming years.

As the number of jobs increased, there will be an increase of in-migration of job seeker into the state. The size of Penang’s labour force grew by 11% between 2009 and 2012. The unemployment rate in the state has fluctuated around two per cent since the global financial crisis of 2008. According to Chief Minister Lim Guan Eng, Penang is short of some 20,000 workers in various industries.

Almost full employment in the State of Penang

What about the property outlook?

With capital investments still coming into the state, coupled with the creation of high income job and in-migration of job-seekers, demand for housing is set to be on the uptrend. This trend have also been shown in other markets for example in the US, Hong Kong and Thailand.

And in the long term, those who were renting previously will want to own a property once they have decided to start a family. Hence, opportunity is there whether you are buying for rental income or capital appreciation.

However, the question to ask ourselves, as investors is the WHERE to and the HOW to, buy in order to capitalise on the demand for housing. 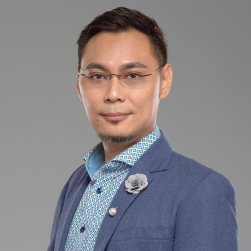 He is a Biomedical Scientist by training and holds a Masters in Pharmacy majoring in Toxicology. He is an organized and systematic person. Applying the same principle in doing scientific research to get a desired outcome, he has the property investment system down to a science. He calls it The Master Key Method.

After accumulating a portfolio of properties that gives him passive income, he decided to quit his 9-to-5 day job and started mentoring others to invest in properties. He has since adviced and personally mentored thousands of people to buy their first, second, third and more properties at 20% below market value with 6.5% rental return, using a time-tested system.

Latest posts by Kaygarn Tan (see all)
Share this: